How to Improve Business with Technology

Important Points to Consider When Creating A Mobile Application For iOS 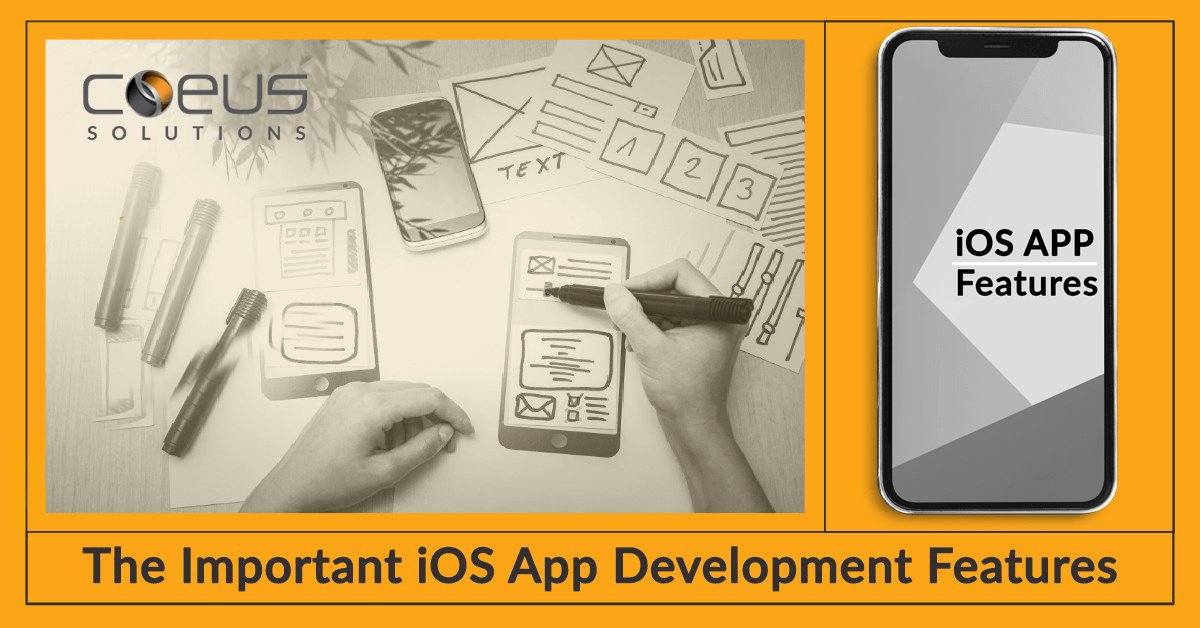 Apple released its self-sufficient and revolutionary iOS in 2007, and both the iPhone and iPad were based on the same technology. In the last quarter of 2019, Apple developed a totally new and separate operating system for the iPad. This means that iPhone and iPad will run on separate platforms. But why it’s important to know the features of the new OS? Apple hints that the new OS will bring a huge shift to the development of mobile applications, particularly for the iPhone. We have gathered the main points so you don’t have to waste time searching for the details.

The best thing about the iOS platform is its unique design and appearance. It is not like android which has a huge number of apps available in the AppStore. With lesser apps, there is more opportunity for iOS platforms to attract more developers and exclusive applications for its platform. All of which must be highest in functionality and interface if they are to survive in the market.

Apple launches a variety of new devices and software updates every year. Therefore, it is necessary for iOS apps to be adaptable and up to date to operate smoothly. According to the statistics, the users are always willing to update their OS versions. They expect that every new update will make their devices faster and more efficient. Similarly, users expect the Apps to be equally adaptive. Therefore, the apps must meet all the present and upcoming requirements of their OS platform. A popular example is a Dark mode, which we are all familiar with right now, as it comes with the 2019 iOS update.

All the latest mobile devices are coming with good resolution screens. This has made it easier especially for thin fonts to appear with less distortion. The screens are incorporated with additional graphic enhancements and the latest software. This has made it possible to skip multiple checks when starting an application i.e., checking the presence camera and other essential sensors like GPS, accelerometer, proximity, etc.

Even though the iOS platform has a smaller user base as compared to android, but there is a fine distinction in their development and design. Few of them are discussed below:

While designing an application, it is necessary to consider the difference in appearances, design, and the hardware specifications of each device. The screen sizes may vary depending on the devices, for example, Samsung is more into larger screens while iPhone prefers to have compact screens. Using these features help increase the user’s attachment and loyalty to the brand, and results in a good rating of the app in the App-store.

Apple also develops iOS apps. This makes it easier for the developers as they can program in the base language for the iOS platform. Apple prefers to develop the apps in their own technology as it makes the functionality of the apps faster. Moreover, it increases the compatibility with the latest features of the operating system.

It is necessary to keep the code up to date, as its an important part of the development process. Apple launches its devices and latest update once or twice a year. So, they prefer not to reveal the complete list of innovation before time, provide access to only beta versions with incomplete functionalities, which may result in a completely different outcome. Therefore, you need to be swift in your operations. Within a few weeks after the launch of the latest OS, you need to test the mobile apps and quickly make necessary changes.

Apple’s goal is to always be in the trend, so they keep on introducing new features with its latest update. They continuously work on new innovations and introduce top-level inventions of the technology world into its products. For example, with iOS 13, you don’t need to remember multiple passwords and usernames for various applications as it allows you to enter a valid Apple ID, and everything will be synced with your device automatically. Moreover, the users can turn off the visibility of their Apple ID and no one will be able to view or get access to their email.

In the case of devising a marketing strategy, the companies need to collect relevant data that is going to be used for promoting application. Apple also generates pseudo-address for the user through a specialized channel. They use them to send promotional emails, but mass mailing will not work until popular mailing services provide this feature.

Users love and stick to stylish interfaces, intuitive application controls, and a partition layout. That is why Apple has always kept visual components as its top priority. Moreover, to successfully publish an application in the App Store, you need to follow a strict guideline that is devised by the company itself. This is to make sure that the Apps available in the store are as per the set company standards.

While creating a new product, the developers put a lot of effort while designing unique icons, buttons, and fonts. But the requirements of a platform are totally different. So, the end-user experience remains an important point to consider while working on any of these projects.

When designing an application, it is important to consider that some users open the application in compatibility mode on tables. Some iPad models use the resolution like the older iPhones like iPhone 4 and 4s. To cater to this, Apple conducts its app compatibility test on the iPad.

Therefore, it is important that an app’s interface and layout should be compatible with the screen size. Because multiple elements on a screen may overlap. For example, the action bar, the option button, and the text may not appear correctly. So, keeping in mind the space available on the interface each app needs to be precise and on point.

Are you ready to grow your business?

info@coeus-solutions.de
Get a Quote
We use cookies on our website to give you the most relevant experience by remembering your preferences and repeat visits. By clicking “Accept All”, you consent to the use of ALL the cookies. However, you may visit "Cookie Settings" to provide a controlled consent.
Cookie SettingsAccept All
Manage consent

This website uses cookies to improve your experience while you navigate through the website. Out of these, the cookies that are categorized as necessary are stored on your browser as they are essential for the working of basic functionalities of the website. We also use third-party cookies that help us analyze and understand how you use this website. These cookies will be stored in your browser only with your consent. You also have the option to opt-out of these cookies. But opting out of some of these cookies may affect your browsing experience.
Necessary Always Enabled
Necessary cookies are absolutely essential for the website to function properly. These cookies ensure basic functionalities and security features of the website, anonymously.
Functional
Functional cookies help to perform certain functionalities like sharing the content of the website on social media platforms, collect feedbacks, and other third-party features.
Performance
Performance cookies are used to understand and analyze the key performance indexes of the website which helps in delivering a better user experience for the visitors.
Analytics
Analytical cookies are used to understand how visitors interact with the website. These cookies help provide information on metrics the number of visitors, bounce rate, traffic source, etc.
Advertisement
Advertisement cookies are used to provide visitors with relevant ads and marketing campaigns. These cookies track visitors across websites and collect information to provide customized ads.
Others
Other uncategorized cookies are those that are being analyzed and have not been classified into a category as yet.
SAVE & ACCEPT